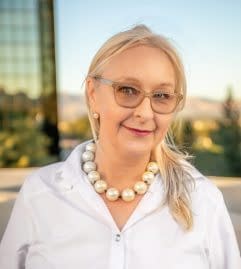 Now based in Los Angeles, Angela oversees both the US and UK operations. She has amassed almost 30 years in content creation, working as Executive Producer, Creator, Producer, Director and Showrunner in the UK, US and Ireland, including 14 years as the CEO of Turn On Television where she Executive Produced and created more than 30 productions for the UK and international markets including hits such as Special Delivery, for ITV1, Forensics School for Discovery, Pet Passport for Animal Planet, Passport to Passion for Channel 4 and Conmen Case Files for Netflix and the Crime and Investigation Network.

Turn On Television, along with its catalogue and development slate, has now attracted venture capital funding and has been relaunched and rebranded as Glistening Productions. Angela continues to oversee all aspects of production and development both in the scripted and unscripted areas.

She recently worked with Ricki Lake on the highly acclaimed feature documentary Weed the People, which had a theatrical release and can now be seen on Netflix.

She also oversees the development of Glistening’s scripted slate and the company has ten feature films in development, as well as a robust slate of scripted episodics, collaborating with some of Hollywood and the UK’s most exciting talent. 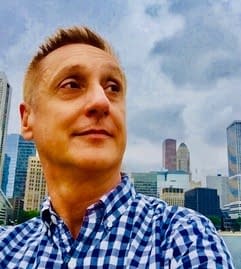 Now based in Los Angeles, Phil Parsons is one of the UK’s leading Executive Producers/Showrunners in Format Entertainment/Reality TV. He moved to LA in 2015 to work with Mike Darnell and Mark Burnett developing and launching ABC’s ground-breaking 500 Questions primetime event – which has now completed two seasons. He co-created and was Executive Producer on NBC’s primetime show Genius Junior, starring Neal Patrick Harris and co-created and sold Mental Samurai, starring Rob Lowe on Fox.

He has won BAFTA, Royal Television Society, and Rose D’Or (formerly the Montreux TV Festival) awards having produced some of the UK’s most iconic shows including The Big Breakfast, Strictly Come Dancing, (Dancing With The Stars), Mastermind,  A Question of Sport, The Weakest Link and the Eurovision Song Contest (the most watched non-sporting event in the world). Phil has worked with some of the biggest names in the business including Beyoncé (who bit his hand) and he’s highly accomplished at developing and producing large-scale entertainment hits for the major UK broadcasters and US networks. 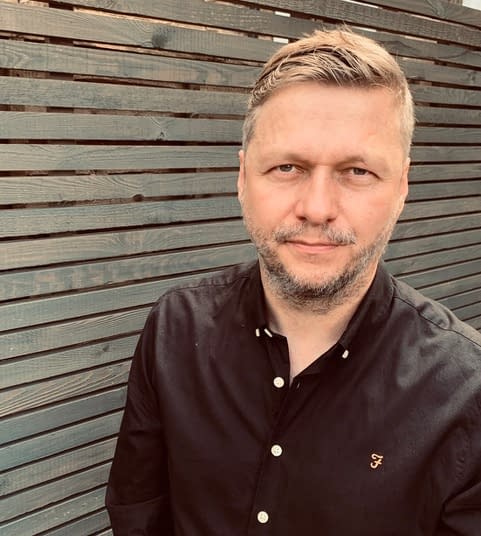 Based in the UK, Kyle began his career as a researcher on popular Channel 4 series Gamesmaster and The Big Breakfast. He went on to become a producer and director working on primetime shows such as the Bronze Emmy-winning Home on Their Own (ITV1), Airline (ITV1) and worked out of London on the first season of I’m A Celebrity..Get Me Out of Here! (ITV1) . Later as a series director he worked on many Channel 4  key returnable  brands including The Sex Education Show, Secret Eaters and Embarrassing Bodies: Live from the Clinic, a series that won an International Emmy.

For the next 8 years he was a series producer and showrunner producing, amongst others, Discovery International’s landmark documentary series Game Changers: Inventing the World, relaunching Channel 4’s series Four Rooms and series editing and directing an international primetime format for RTE called The Fitting Room. Both series won RTS awards.

Based in Los Angeles, Terrance Holloway was born and raised in the Crenshaw District of Los Angeles. He started working as a barber at the age of 16 and soon became the personal barber of John Singleton after meeting him on the set of Boyz N The Hood. Soon after, he entered the music business, working behind the scenes at the shows of multiple artists such as 2Pac and Ice T’s group Raw Breed. He then became a recording artist and producer in his own right, working with some of the biggest names in West Coast rap such as Xzibit, Ice Cube, Sir Jinx and Snoop Dogg.

He then moved into film, influenced by John Singleton who he remained friends with and who would go on to be his mentor. He worked alongside John on Baby Boy, Fast and Furious and Hustle and Flow. He then moved into making his own documentaries and films and produced, wrote and directed a series of shorts which have been dubbed Hood Classics. Terrance brings a passion for moving pictures and his unique perspective to the Glistening development team.

Based in our Manchester, UK office, Sarah has been working in print and broadcast media for 17 years with a particular focus on culture and social history.
As a multi-media features journalist, she was lead content writer for culture supplement CityLife inside the UK’s biggest regional newspaper the Manchester Evening News, covering all things what’s on in music, comedy, art, theatre, literature, hospitality and more. Since moving into broadcast in 2017, she has mostly worked on award winning and award-nominated documentary programming and factual entertainment series for the BBC and Channel 4. She researched the O2 Media Award winning documentary Emmeline Pankhurst: The Making of a Militant about history’s great Suffragettes leader, which can now be seen on Amazon Prime. She has also created and produced two series of educational shorts for Key Stage 1 and 2 children for the BBC Education platforms, devised VT shorts for BBC Music and BBC Sport, and worked extensively in development and casting.
When not working on factual programming, she writes drama and occasionally DJs.

Based in the UK, Alex is one of the UK’s leading Distribution Executives with 20 years experience in the content production and global distribution sector. He has financed, co-produced, commissioned and executive produced hundreds of hours of prime-time television in partnership with producers, broadcasters and networks from every corner of the globe. He has overseen the global distribution and licensing of thousands of hours of finished multi genre content across: scripted, factual, kids, music, live events and sport.

Starting his career at factual producer September Films, he went on to run their International distribution business and successfully sold series including Bridezillas (to over 180 territories), BAFTA winning children’s series Richard Hammond’s Blast Lab and the landmark ITV Hollywood franchise.

He then launched and ran the factual distribution arm of DCD Media/DCD Rights; producing, financing and distributing series including Stephen Fry in America, Last Chance To See, Penn & Teller Fool Us, The Pregnant Man and dramas including The Last Enemy, The Slap and Rake.

In 2010 he joined Global Media Giant WME-IMG (now Endeavor Content) as their Head of Entertainment overseeing all aspects of their global distribution business; commissioning, co-producing and distributing series including World War 2 in HD Colour, Nazi Hunters, The Official Olympic Series, Premier League Legends and dramas including Benidorm, The Night Manager, Dirk Gently, The Young Pope and Killing Eve. He also oversaw the global distribution of major live events including The Victoria’s Secret Fashion Show and The Bafta Film Awards.

Richard has worked as an editor in broadcast for 35 years. Having been holed up in dark edit suites in top facilities in London for 20 years Richard discovered a taste for daylight and sunshine and is now based in the south of Spain in a studio overlooking the Mediterranean.

15 years ago he set up the world’s largest English speaking expat TV station and now runs his own production facilities company in Alicante.

Over the years Richard has worked on hundreds of high end projects for every broadcaster imagineable – BBC, ITV, Channel 4, CH5, SKY, MTV, Discovery, The History Channel… the list goes on.

When asked (usually by his wife) “Isn’t it time you thought about taking it easy?” he said “I totally love what I do and after all these years….I think I’m getting quite good at it!”